Location: This is an in-person event at Greater Manchester Chamber of Commerce 20 Hartford Rd # A Manchester, CT 06040.
Location:
This event is 100% virtual! Find the link to the registration page below.
This is a hybrid event! You can attend both online and in-person!
Start Date & Time:
Jul 28, 2022 8:00 AM
End Date & Time:
Jul 28, 2022 9:00 AM
Price for members: $0
Price for non-members: $0
Description: The GMCC hosts a monthly event called “Coffee Connection”. At this event, chamber members get together before the workday for some networking and breakfast goodies. Halfway through the event, GMCC staff gather the attendees for a round of introductions. This is great to ensure that you connect with everyone! This event is open to GMCC members and those who are interested in chamber membership. Please RSVP by sending us an email emma@manchesterchamber.com. Event sponsors are responsible for providing refreshments for attendees. Receive a featured introduction, event photos, and a list of attendees. Coffee provided by GMCC. Food items can be individually wrapped or will be served by GMCC staff with proper handling. Event promoted as part of the Fairfield County Networking Calendar, courtesy of Labate Group.
Event Registration Page 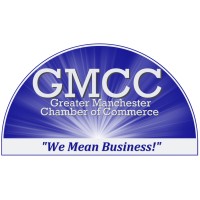 Description: Established more than twenty years ago, the Chambers of Manchester, South Windsor, CT River Valley Chamber of Commerce and Tolland County have worked together as a coalition, known as the East of the River Chambers of Commerce Association (ERCCA). ERCCA’s primary success as a coalition of four Chambers working together is due to mutual respect and trust. Each Chamber recognizes each other as an equal partner. There have been a few times over the years when one or two of the four Chambers could not endorse public policy issues endorsed by others, but the mutual respect remains and these instances have never hampered ERCCA’s long-term relationship or effectiveness in the region. ERCCA represents four independent Chambers serving over 28 towns in Eastern Connecticut and more than 3,500 business members.
View Organizer