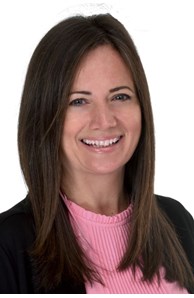 Jen Danzi is the Programs and Events Chair at the Greenwich Chamber of Commerce. Jen Danzi can be contacted via phone at (646) 526 - 7643 or via email at RealEstate@JenDanzi.com. Born and raised in Greenwich, Jen has been a licensed as real estate salesperson since 1998. Prior to focusing on real estate full time Jen created, produced and sold Greenwich Restaurant Week, spent time at the New York Stock Exchange as the Global Marketing Events Sales Manager, Director of Community Development for Moffly Media/Greenwich Magazine, Director of Constituent Outreach for the State of New York, managed a successful NY State Senate Primary Campaign, as well as worked for the Austin McGuire Company as a Commercial Real Estate Analyst and was the financial controller of Heitman Properties overseeing Pickwick Plaza. Jen has a life-long passion for non-profits and the local Greenwich community. She sits on the Board of Directors for the Greenwich Chamber of Commerce, Chairs their Programming and Events Committee and was the Chair of the Chamber’s year-long Centennial celebration. Jen is on the Board of Advisors of Pathways and the Board of Directors of the Transportation Association of Greenwich. Previously Jen served as an elected official on the Greenwich Residential Town Council for District 8, was the district secretary, as well as, served as an alternate of the Appointments Committee & Finance Committee. She has been on numerous committees, as well as served as an event chair many of their events for non-profits including the New York Botanical Garden, 96 Elephants/WCS, American Red Cross, Greenwich Hospital, Greenwich Point Conservancy, the Alzheimer’s Association, Flinn Gallery, Red Ribbon Foundation, Transportation Association of Greenwich, the Greenwich Historical Society, Kids in Crisis, YMCA & YWCA of Greenwich, Bruce Museum, Greenwich Arts Council, Michael Bolton Charities and United Way, among others. The American Red Cross Metro New York Chapter awarded Jen for her Leadership in Financial Development; Jen has also received an Excellence in Leadership Award from the State of New York. Jen has a vast network and broad outreach and sends a daily email to over 10,000 people in the Westchester and Fairfield County areas about local businesses and upcoming events. Jen holds a licensed as a real estate agent in New York, Massachusetts and Connecticut.

Please note this email signature is dynamicly generated based on information in our database about Jen Danzi. Below is a screenshot of how our code constructs the signature with dynamic elements.

A simple yet functional "Person" schema markup code for Jen Danzi would look something like this:

Embeding this code (or a more complex variation of this code) in a webpage that feaures Jen Danzi, will make that webpage elligable display dymanic "Rich Results" in search engines. This is an SEO tactic that improve click-thru-rate on search results.

Just be sure to replace the "url" value with the url of the webpage. This schema is set up to point to https://labate.io/people/jen-danzi.

There are many other types of schema other than "Person", such as "WebSite", "WebPage", "Blog", "Event" etc. They all communicate to search engines the content of page, greatly increasing the chances for dynamic search result placement.
Thank you! Your submission has been received!
Oops! Something went wrong while submitting the form.