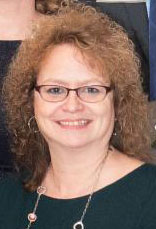 Rosanne Ford is the President at the Midstate Chamber of Commerce. Rosanne Ford can be contacted via phone at 2032357901 or via email at r.ford@meridenchamber.com. Rosanne Ford has been with the Chamber since 2001 after enjoying successful careers in the hospitality, tourism and insurance industries. She graduated from O.H. Platt High School in Meriden, then went on to University of New Haven to receive a BS degree in Hotel / Restaurant Management. In 2005, Rosanne was promoted to her past position of Vice President, Membership Services. In 2006, Rosanne was recognized with the prestigious Charlotte Marshall Prothero Staff Award from the CT Association of Chamber of Commerce Executives. In 2007, Rosanne was honored with the Women and Families Center, Women in Leadership Award (Business Category). In 2008, Rosanne successfully completed a rigorous four year Chamber executive leadership program at the Institute of Organizational Management at Villanova University in Philadelphia, PA. And, in 2010 she was the recipient of the Girls Inc. Strong, Smart and Bold Award. In 2019, she was named Interim President after Sean W. Moore re-located with his wife Kelley, to Nashville, TN. In early 2020, Rosanne accepted the permanent position of Chamber President. Her hobbies include calligraphy, cribbage, beach time, spending time with friends and family and anything Red Sox. Rosanne, born and raised in Meriden, still resides here with her husband Darren and their cat, Stanley.

Please note this email signature is dynamicly generated based on information in our database about Rosanne Ford. Below is a screenshot of how our code constructs the signature with dynamic elements.

A simple yet functional "Person" schema markup code for Rosanne Ford would look something like this:

Embeding this code (or a more complex variation of this code) in a webpage that feaures Rosanne Ford, will make that webpage elligable display dymanic "Rich Results" in search engines. This is an SEO tactic that improve click-thru-rate on search results.

Just be sure to replace the "url" value with the url of the webpage. This schema is set up to point to https://labate.io/people/rosanne-ford.

There are many other types of schema other than "Person", such as "WebSite", "WebPage", "Blog", "Event" etc. They all communicate to search engines the content of page, greatly increasing the chances for dynamic search result placement.

Thank you! Your submission has been received!
Oops! Something went wrong while submitting the form.